Nuno N. Correia is an Associate Professor in Digital Transformation at Tallinn University. Since 2000, he has been teaching and conducting research in media art and interaction design, in several universities internationally (such as Aalto U., Goldsmiths U. London, U. Greenwich, U. Madeira). Nuno is also an associated researcher at the Interactive Technologies Institute (ITI/LARSyS, Portugal).

The concept of Audiovisual User Interfaces (AVUI) links interaction, sound and image, building upon the concept of Graphical User Interface (GUI) by adding interconnected audio and visuals. By integrating interrelated sonic and visual feedback, reacting to user interactions, AVUIs can lead to more usable, playful, informative and captivating UIs, compared to a traditional GUI – particularly in use cases where accessibility and/or engagement are determinant.

Sound has a rich history as a modality for enhancing interaction design. The field of sonic interaction design “explores ways in which sound can be used to convey information, meaning and aesthetic and emotional qualities in interactive contexts”, where “in order to foster an embodied experience, both the interface and its sonic behaviour must be carefully designed” (Franinovic and Salter, 2013). In the book “Where the Action Is”, Dourish (2004) set the foundation for embodied interaction in HCI – as interaction design for and with the human body. There is a great potential for combining embodied interaction and sonic interaction design, for engagement and usability. This workshop aims to explore this combination, by adopting rapid prototyping, similarly to related workshop approaches (Franinovic et al., 2013; Caramiaux et al., 2015), but it is also informed by experience prototyping (Buchenau and Suri, 2000) and embodied design improvisation (Sirkin and Ju, 2014).

About the prototyping techniques

Experience prototyping can be defined as “a form of prototyping that enables design team members, users and clients to gain a first-hand appreciation of existing or future conditions through active engagement with prototypes” (Buchenau and Suri, 2000). The main aim of Experience Prototyping in evaluating design ideas is to enable the exploration of possible solutions and to direct designers towards a more informed development of the user experience and its components (Buchenau and Suri, 2000). Embodied design improvisation (Sirkin and Ju, 2014) is “a generative and evaluative technique to elicit tacit knowledge about the embodied experience”. It included “storyboarding, Wizard of Oz prototyping, domain expert improvisation, video prototyping and crowdsourced experimentation” (Sirkin and Ju, 2014).

Dourish, P. (2004) Where the Action Is: The Foundations of Embodied Interaction, New Ed edition, Cambridge, Mass., The MIT Press.

The workshop duration is 7 hours 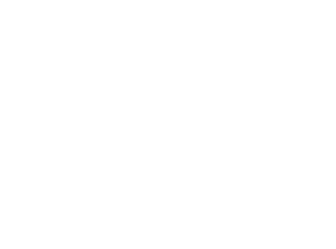